The YABBA Award winners have been declared for 2021. Published 2019 by University of Queensland Press Wolf Girl 1: Into the Wild Do Not Open This Book Ever This year we acknowledged Sally Rippin for her amazing body of work in children’s literature.

Sally Rippin is Australia’s highest-selling female author. She has written over 50 books, including the ‘Billy B Brown’ series and ‘Polly and Buster’, and is published in eighteen countries.

2021 marks the 10th year that Sally’s books have been shortlisted. In 2014, ‘Bille B Brown: The Best Project’ won the YABBA for Younger Readers. 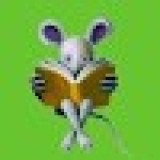